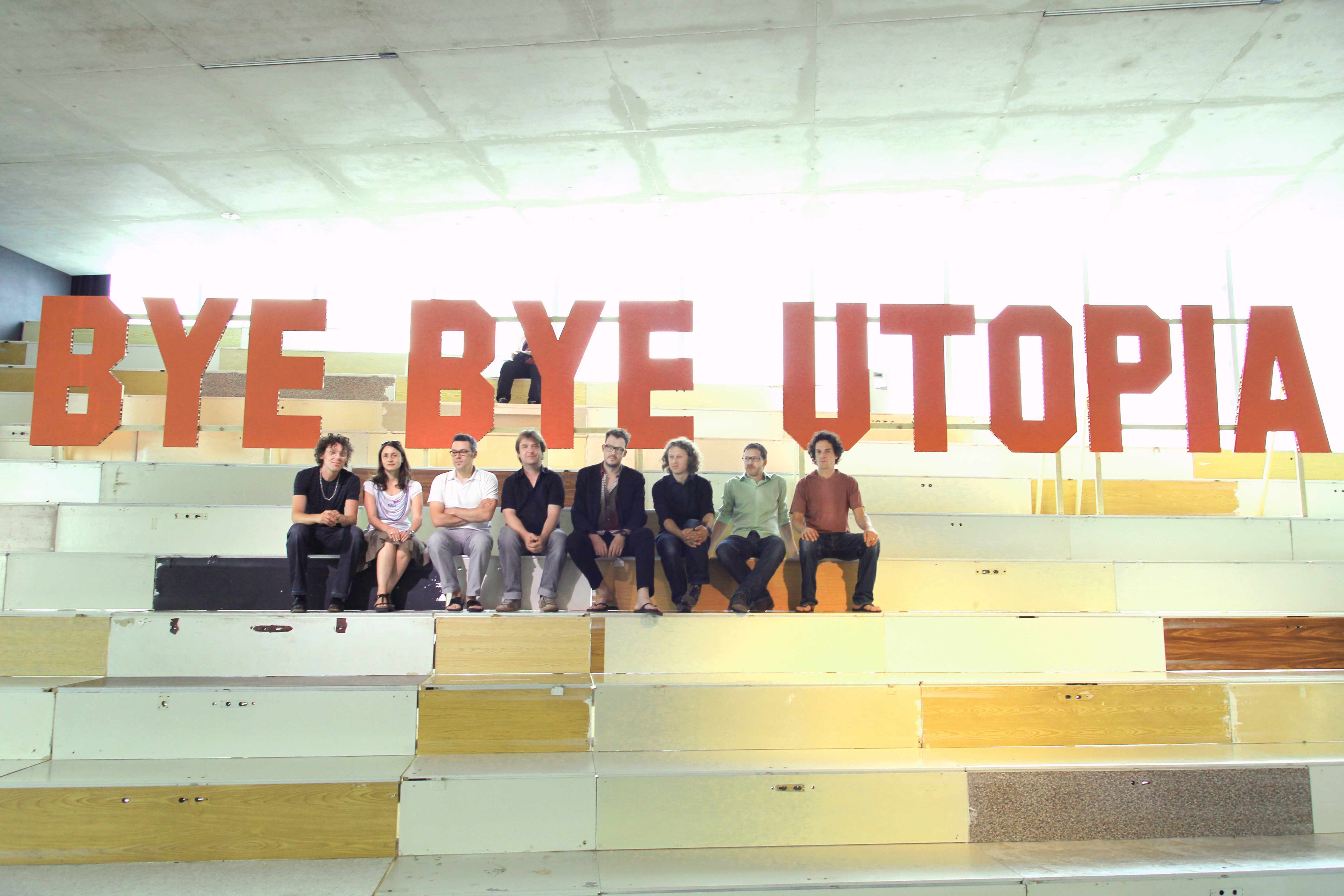 Raumlaborberlin is a network, a collective of eight trained architects who have come together in a collaborative work-structure. They work at the intersection of architecture, city planning, art and urban intervention, addressing the city and urban renewal as a process.

raumlaborberlin are attracted to difficult urban locations. Places torn between different systems, time periods or planning ideologies, that can not adapt. Places that are abandoned, left over or in transition that contains some relevance for the processes of urban transformations. These places are experimentation sites that offer untapped potential which they try to activate. This opens new perspectives for alternative usage patterns, collective ideals, urban diversity and difference.

raumlaborberlin have specialized in research-based design approach, dynamic master planning and urban interventions. They deal with places 1:1, learning more in the process of doing, through active design about the site of investigation and finding new methods that are open to appropriation and upgrades the existing. They invent new user-based applications and involve the urban actors as early as possible in the transformation processes, moving programmatic narratives into urban spaces, to install new atmospheres and create a sense of new potential.

Architecture is an experimental laboratory for a moment related to the participatory work practice in urban areas. Architecture is understood not as an object, but rather as history, a layer of the history of the place.

Raumlabour has worked in Douala in 2013 to built the Espace de Jeux in the neighborhood of Bessengue. Three architects have been involved in the process.

Anika Neubauer, born 1986 in Germany, is an architect & graphic designer based in Berlin. She holds a degree in Architecture from TU Braunschweig University, where she is also employed as a Research Assistant since 2013. She’s currently working on an exhibition at The Aedes Metropolitan Laboratory and a publication about design strategies in Landscape Architecture. Anika is a member of the collective ON/OFF and collaborates regularly with Raumlabor Berlin.

Nora Schmitt is an architect born in Strasbourg in 1987. After an applied-arts course in interior design at the Ecole Boulle in Paris, she continues her study to architecture school. After passing in the school of Marne-la-Vallée, she graduated from the school of Paris-la-Villette. She is interested in the architectural profession, its evolution nowadays, the new model of practice developped by groups of architects-artists involved in public space’s interventions and the relationship they have with the regulated part of the architectural profession. Since its passage in Raumlabor Berlin, she is particularly interested in the meeting of disciplines: art, architecture, urban planning, landscape design, graphic design, woodworking. She works currently in architecture firms, building a platform of persons who could develop projects by choosing the means and the scale which are the most appropriate to a given situation. In parallel, Nora Schmitt develps personal projects combining interior design, fabrication and restoring reclaimed furniture.

Markus Bader studied architecture in Berlin and London, graduating from the Bartlett School of Architecture (UCL) in 1996. In 1999 he co-founded raumlaborberlin. With raumlabor he builds relational situations between space, social action and political frameworks. His work spans from urban startegies, like the activation concept for tempelhof airfield to performative and artistic insertions into existing urban contexts, like the fountain house in Montreal. He has accumulated ten years of experience in the academic field, filling the position of guest professor at VSUP Prague (Architecture Research Studio), Peter Behrens School of Architecture in Düsseldorf and Kassel University (urban practice).