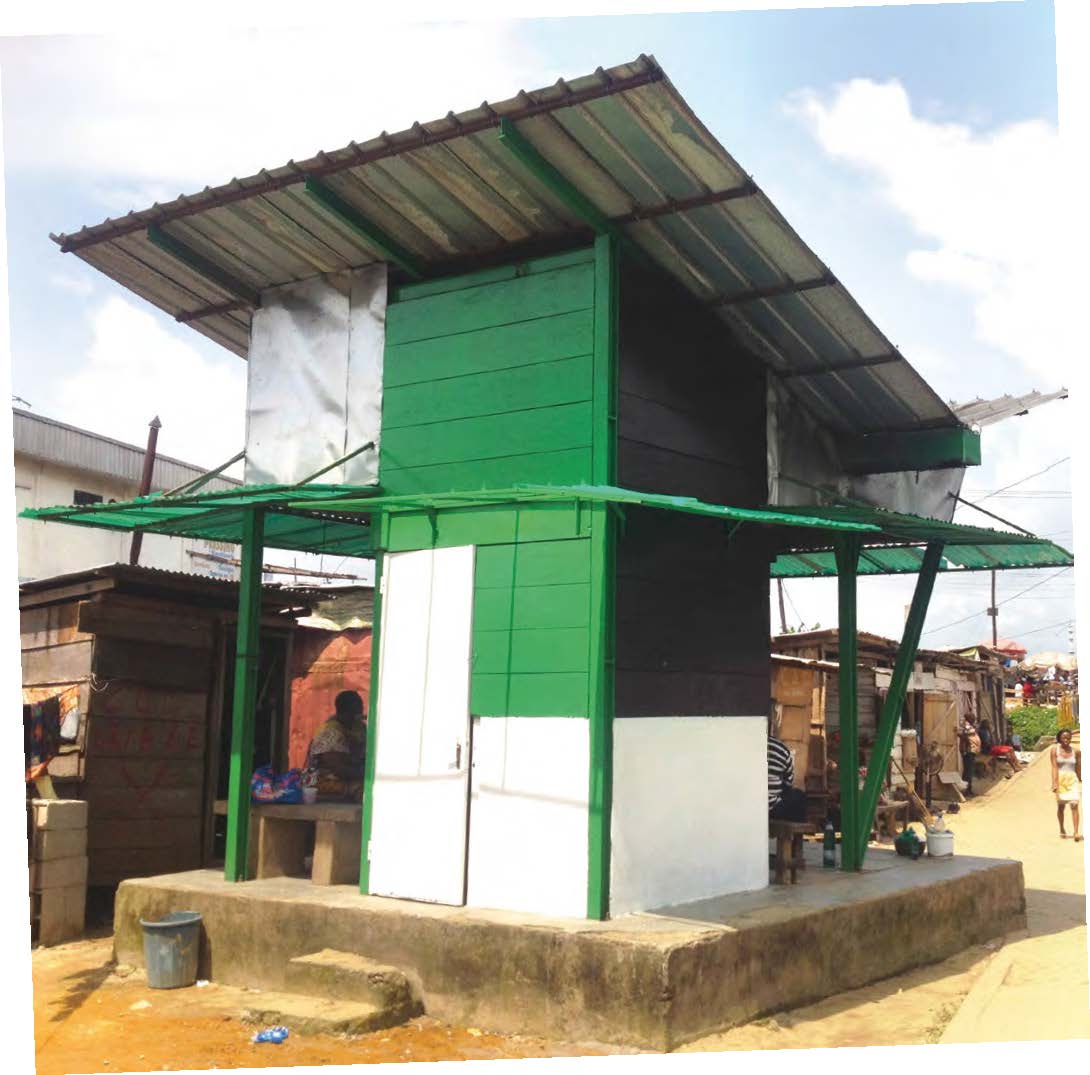 Before its construction, Danièle Diwouta-Kotto, an architect whose firm secured the prime contract development, had several conversations with the community. During these exchanges, the architect invited people to imagine what an ideal standpipe might look like. The people of Bessengué-Akwa wanted a site that would act as a meeting point, an attraction and a water access point at the same time. Following the initial conversations, the architect made several proposals and the community chose the model, which corresponded most closely to their expectations.